Worland, Wyoming – America’s rural ambulance services, often sustained by volunteers, are fighting for their survival — a crisis hastened by the impact of Covid-19.

More than one-third of all rural EMS are in danger of closing, according to Alan Morgan, CEO of the National Rural Health Association. “The pandemic has further stretched the resources of our nation’s rural EMS.”

In Wyoming, the problem is especially dire. It may have the smallest population in America, but when it comes to land, Wyoming is the ninth-largest.

In Washakie County, which lies in Wyoming’s southern Bighorn Basin, it means a tradeoff for the nearly 8,000 residents living here: While there is vast open space, the nearest major trauma hospital is more than 2.5 hours away.

On a recent drive from Cody — the closest town with an airport — the land stretched endlessly while cattle and wildlife outnumbered people. The sole reminders of civilization were the occasional oil rigs pumping silently in the distance.

But for the residents, speedy access to emergency medical services — paramedics and an ambulance — can be a matter of survival.

It’s a fact Luke Sypherd knows all too well. For the past three years, he has overseen Washakie County’s volunteer ambulance service. But on May 1, the organization was forced to dissolve.

“We just saw that we didn’t have the personnel to continue,” Sypherd said. “It was an ongoing problem made worse by Covid with fewer people interested in volunteering with EMS during a pandemic and patients afraid of getting taken to a hospital.”

A nearby hospital system, Cody Regional Health, has agreed to provide ambulance service for Washakie County, averting a crisis. But it’s a problem playing out across rural America: Ambulance crews are running out of money and volunteers. 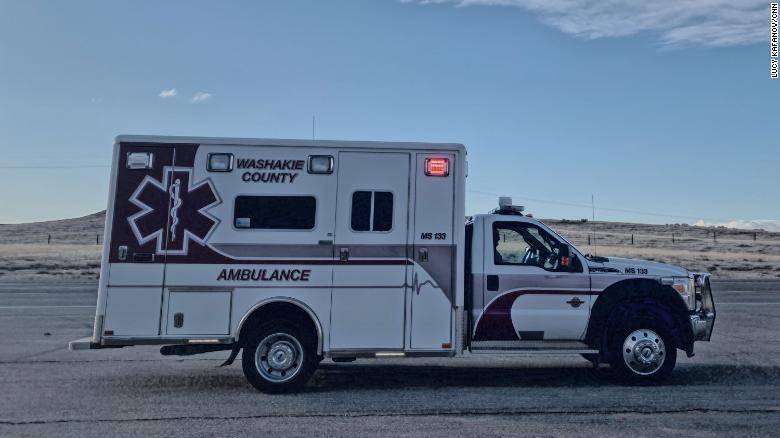 The Washakie County volunteer ambulance service was shut down on May 1.

Phillip Franklin, the EMS Director for Cody Regional Health, said the crisis is a result of several problems.

“The majority of the ambulance service staff are not paid so if you don’t have your volunteers, they can’t run calls,” Franklin said. “Another problem is that there’s simply just not enough volume to keep ambulance service afloat and in the state of Wyoming, EMS is not essential, which means there’s nobody responsible to fund these entities.”

Sypherd said the funding model for EMS is fundamentally flawed, with most service providers reimbursed only if they take patients to a hospital or clinic. In rural areas like Washakie County, smaller populations mean fewer calls, and consequently, less money.

“You’re reimbursed based on the number of patients that you transport to a hospital so you could get called 1,000 times a year and only transport 750 patients — those other 250 calls you made no money on,” Sypherd said.

The American Ambulance Association sent a letter earlier this month to the US Department of Health and Human Services asking the agency to earmark $1.425 billion in federal aid for its members, warning that emergency medical systems across the US are “on the brink of collapse.”

“It is critical that we not let the financial hardship caused by the pandemic to permanently deteriorate our EMS systems, especially in rural areas where an ambulance service may be the only emergency medical service provider, and ensure that all Americans continue to have access to vital emergency 9-1-1 and medically necessary non-emergency ground ambulance services,” the letter said.

According to the National Association of State EMS Officials, just eight states consider local emergency medical services “essential” by law, as they do for fire and police.

“That mandate means that somebody has to consciously think and plan and ensure that EMS is available,” Sypherd said. “If you’re in one of the states that doesn’t mandate EMS as an essential service and your local ambulance provider shuts down because they lost funding or there weren’t enough volunteers — that means if you call 911 it might be that nobody shows up.”

“When you look at what’s happening here (in Washakie County, it) is just the tip of the iceberg,” said Franklin. “There’s other services throughout the state that are just one bad year away from closure.” 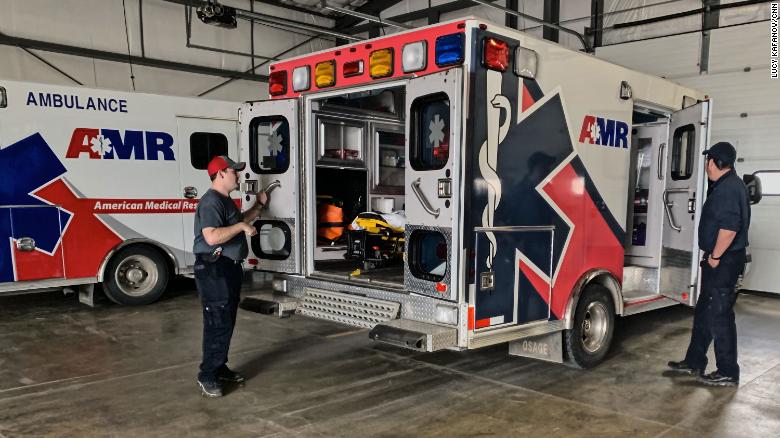 ‘A matter of life and death’

One of those is Fremont County — home to the Wind River Indian Reservation. Fremont is roughly the size of the state of Vermont. An economic downturn and budget cuts prompted the county to privatize its ambulance service in 2016. But the private company, American Medical Response, says it can’t afford to keep going after losing $1.5 million in revenue last year. AMR announced it won’t renew its contract when it runs out on June 30. No others have bid.

“We just couldn’t renew that current contract because it was set up for a financial failure,” said Matt Strauss, Regional Director for AMR parent company, Global Medical Response.

One of the problems, according to Fremont County Commissioner Larry Allen, is the so-called payer mix. Many of the county’s residents rely on Medicare, Medicaid and Indian Health Services, which reimburse ambulance providers at a lower rate. And without state or federal designation of EMS as an essential service, Allen said “there’s no source of revenue to operate an ambulance.”

“Because of the distance and the ruralness of this county, we just don’t have people standing in line wanting to provide ambulance service,” Allen said.

The Wind River Indian Reservation stretches across more than 2 million acres and is shared by two Native American tribes, the Eastern Shoshone and the Northern Arapaho. It has three tiny clinics but no ambulance services and relies on Fremont County for EMS. 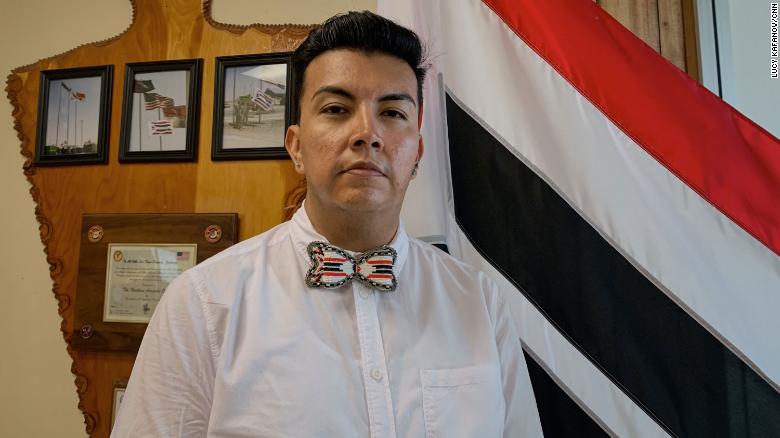 “Right now the response time is pretty slow and it’s going to be nonexistent,” said Northern Arapaho tribal member Juan Willow. His grandfather struggled with health problems and Willow said there were many times when the family couldn’t wait for an ambulance and had to find other ways of getting to the hospital. “Not everyone here has a car,” he said.

It’s a concern shared by Jordan Dresser, the chairman of the Northern Arapaho Tribe.

“I think if we didn’t have access to ambulances, death rates would be higher,” said Dresser, adding that many tribal members don’t have working vehicles and therefore can’t take themselves to the hospital or clinics. “It’s a matter of life and death for us.”

Prime Minister out of Intensive Care